This is my second challenge entry for Indie Pattern Month 2017. I actually won this pattern in IMP16 for my Named Esme Cardigan – coincidentally in the New To Me category. This is the Muse Philippa in the skirt variation, my entry for New To Me this year.

This skirt is made from two other skirts – hence the title. The main body is made from a denim skirt I bought from an op-shop for $3. I had to be a bit creative with using the fabric, even in sizes much bigger than what I wear, there’s never as much useable fabric to harvest as you think. I wanted to do a contrast side panel and remembered that a friend had given me an old dead leather mini skirt of hers to use. There was just enough leather to squeak out the side panels, but certainly not a chance of pockets. The seam lines of the original skits make for interesting details I think!

I have found recently that I don’t have “nice” casual clothes. I spend a lot of time and effort making professional clothing items, either for day or evening job, but don’t make a lot of weekend attire. In the weekend I tend to head straight for jeans, so I thought a good denim skirt would be a useful addition to the weekend rotation. As a first timer using Muse Patterns I really liked how clear the instructions were and how nicely laid out the pattern pieces etc were. My brain always struggles with tricksy details like the points of the side panels. It’s a bit like a welt and gosh my brain finds that sort of thinking really challenging. I started with the back panels as I had NO SPARE FABRIC with which to remedy mistakes! They mostly worked out OK but certainly required a bit of mental gymnastics for my very left orientated brain.

Like Miriam – who made the dress version for the first IPM17 challenge last week – I found the sizing very generous. I cut a 38 based on finished garment measurements – I sat right between a 36 and 38. I ended up taking about 2.5cm out of each side seam to get the waistband, which I made to measure rather than from the pattern (because my waist is usually a full size bigger than anywhere else on my body and because I had to piece the waistband together from scraps of the denim skirt). I also made my standard high hip adjustment on the right hand side of the of the waistband. It never fails to amaze me that an extra 0.5cm at the hip gives me a straight hem, but yet if I don’t do it, the hem will be up to 2.5cm shorter on the right side. #sewingscience

I didn’t make any other adjustments to the pattern apart from leaving the hem unfinished which I quite like. I can always change my mind later too. I sewed a straight seam approx. 1cm from the edge of the bottom of the skirt to ensure the side seams have a bit of support and that the hem doesn’t fray too far.

I’m really happy with the finished product. I think it works well with a chunky jersey and boots for during the day, and as smart-casual for a dinner and theatre date with one of my best gal pals. 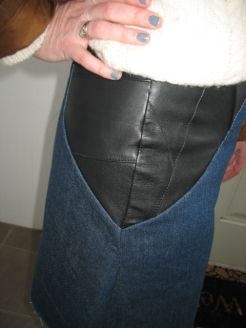 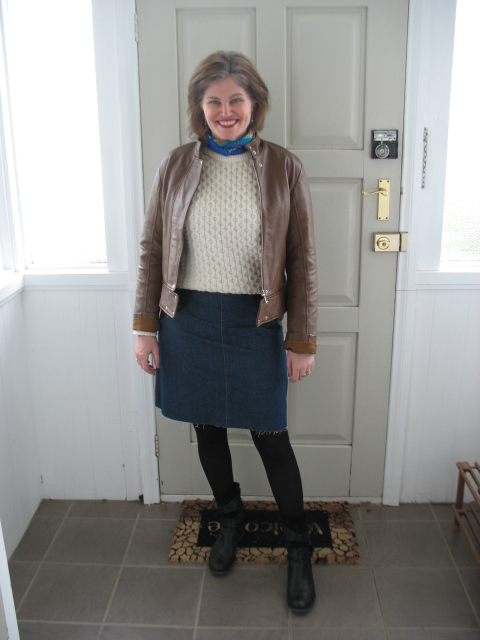 Although I don’t make a lot of dresses, I do think I would consider making the pinafore version of the dress. I can see rocking a skivvy underneath for winter.
And finally, because if you were alive in the late 90s you can’t have escaped the phenomenon that was the Spice Girls, I felt the need to channel my inner Posh or Ginger and do a little homage to Two Become One with some killer 90s styling ala the video. (Disclaimer: all items came from my own wardrobe. 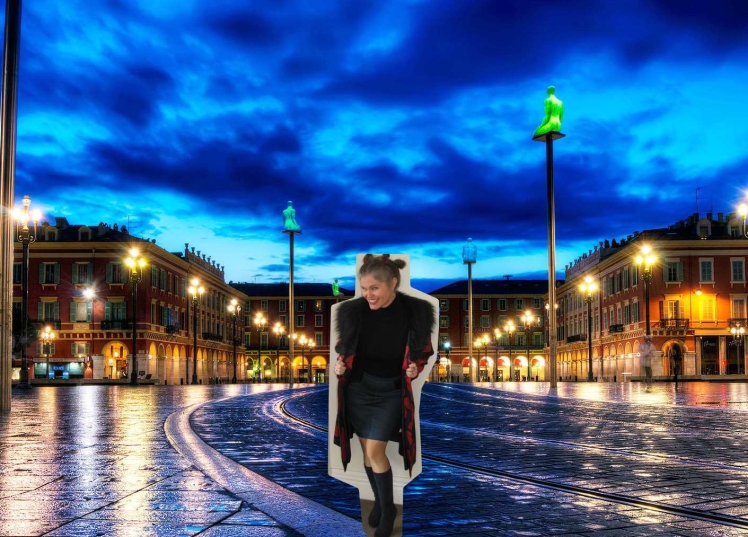 **The photos aren’t amazing here folks. It’s not the most friendly weather to be trying to snap outdoor shots and going inside isn’t easy either. Either way the light isn’t great and then of course the batteries on the camera died. Hopefully you get the idea though!